When I was a kid my mom made me take vitamins every morning. There were about 10 of them and I HATED taking them but I got good at taking everything at once. I swore I’d never swallow that many pills again. Joke was on me. At least I can take each batch all at once.

Had my second lyme appointment on Saturday (or first follow-up). It was with a different doctor. I discussed with him my concerns about baby-making at this stage of the lyme game. He suggested I wait six months to see how I do on the antibiotics. I suggested I not. He called in the expert who said it was ok for me to try to conceive now. I like the expert.

The expert changed my medication–took away the Ceftin and added amoxicillin in its place (more baby-friendly). I was told that I could breastfeed if I was not having symptoms.

News Flash: Husband does NOT have lyme! So that’s great news.

I started the Lovenox on Friday night. It was really hard to stick myself with that needle. It’s like the thing that prevents you from breathing under water was preventing me from jabbing a sharp needle into my belly. I eventually did it though. It went in slow and burned a little. Then after I took the needle out it hurt worse for about 15 minutes, like someone was pinching me really hard or something. Last night was a little easier. We’ll see how it goes.

Dr. Stricker’s office said we can definitely start the process even on all these antibiotics.

I also found out Thursday that I got a job finally!

So I start shooting the Lovenox on Friday, and I have my follow-up appointment with lyme Dr. on Saturday. I am a little concerned because some stuff I’ve read on the internet says that pregnant women should be on IV antibiotics if they find out they have lyme while pregnant to make sure they kill it as fast as possible so it doesn’t spread to the baby. I will have only been on oral antibiotics for a month before I (hope to) get pregnant…is that enough? I’ll ask the Dr. on Saturday.

Things are looking up at last! 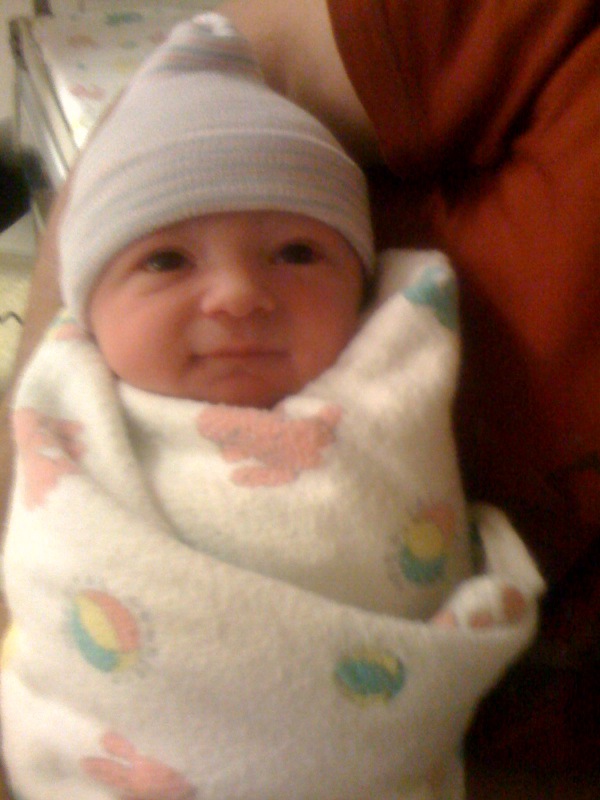 I’ve been friends with her since I was nine years old. She never really wanted to have kids, but when her other friend had a baby, and she found out I was trying to have a baby, she decided she didn’t want to be left out. She and her husband tried for two months and then changed their mind…too late, she was pregnant. She just had her baby boy. Here’s a picture. He’s really really really cute.

I got the call today from the lyme doctor and I do NOT have any coinfections! This means that I will not have to take any other crazy antibiotics, and also means, according to lyme dr., I am clear for conception. Husband doesn’t think it’s possible that it would be safe to get pregnant while on all these antibiotics, so I have a call in to Dr. Stricker’s office to make doubly sure. But this is the best piece of news I’ve had in months!